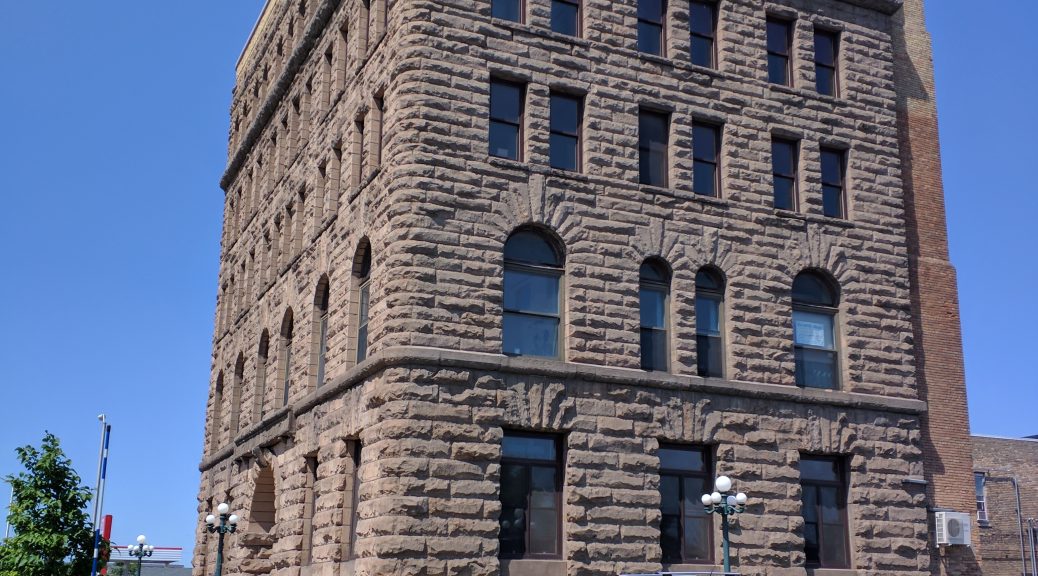 When historians talk iron ore and the Midwest, we’re all familiar with the docks of Duluth and the radicalism of the Iron Range. But less often, we talk about the forgotten “twin” of the Twin Ports, Superior, Wisconsin.

On an electoral map, Douglas County (of which Superior is the seat) is to Wisconsin what St. Louis County (home to Duluth) is to Minnesota–a confusing speck of blue in an increasingly large sea of red. Historically, labor radicalism from the shipping and dockwork in Superior pulled the city to the political left. As I explored last week, though, the populism of Tommy Thompson, along with his sensitivity to local economic concerns like mining, have made the South Shore of Lake Superior more politically-competitive in the last few decades.

Because I was on the way to the Iron Range Research Center, which isn’t open on Mondays, but needed to meet my hosts at their cabin Monday evening, I needed to find a pit stop along the way to do a day’s worth of research. Lucky for me, Wisconsin has Area Research Centers at university libraries around their UW system. That meant a trip to the delightfully-named Jim Dan Hill Library for, well, a look into whatever they had on Democratic politics in 1980s Wisconsin.

Drink that name in, though: Jim. Dan. Hill. It’s fantastic.

This day-trip became a look into the papers of Thomas Murray, a Democratic Assemblyman from the city of Superior and Wisconsin’s 73rd District from 1973-1982. While Murray’s role in environmental issues and labor concerns are well-documents, there was frustratingly little on his campaigns or the Democratic Party of Wisconsin (DPW).

Local management of resources were paramount. Whether we’re talking labor, environment, or transportation, Murray represented a coalition of northwestern Wisconsin interests who were wary of state intervention in regional issues. When Barkers Island (between Superior and the open waters of the lake) wanted to expand its marina and lodging facilities, Murray authored AB 496, which allowed municipalities the industrial bonding power to conduct their own business without (what they considered) overbearing state regulation.[1] This, moreover, would promote tourism to the region. Murray also undertook steps to improve the infrastructure leading to Superior, keeping bridges from Duluth open to heavy haulers, and keeping the lights on at state parks threatened to be shuttered by the state’s ongoing budget crisis in 1981-2. When a proposed “profit tax” threatened the viability of a Superior refinery, Murray bucked the party and helped pass an amendment which would exempt the refinery from that tax and, according to Murray and local labor leaders, save 150 jobs.[2]

This led to a fraught relationship with the Madison wing of the party. Perhaps unsurprisingly, if you’ve read any of my past posts, this meant that Murray broke with eventual Governor Tony Earl–then the head of the Wisconsin Department of Natural Resources–over the management of local resources, particularly when, in 1977, Earl tried to move DNR offices from Brule to Ashland and Spooner to Hayward. While Earl no doubt had reasons for this (that I can’t find amid the anger), it had its backlash among voters and Murray. In December 1977 Murray concurred with a voter who wrote him complaining about the “‘gospel’ according to Earl” and argued that because of the move, “the credibility of Mr. Earl’s administrative ability is certainly questioned.”[3]

Murray was (surprise!) a moderate. We’re talking the usual here: bills prohibiting public funds from abortion, silence or equivocation on bills concerning Native Americans, the usual. It does, however, help us paint a nice picture of how northern and western Wisconsin were cleaved off from the Madison-Milwaukee corridor in some early 1980s elections.

There was no lodging, since I was merely passing through on my way to the Iron Range. However, I did stop for coffee on my lunch break (the UW-Superior ARC is staffed solo by the wonderfully-helped Shana Aue, meaning I had to scram for 30 minutes midday) and at a brewery Laura and I had visited before on the way out.

Housed in the the former Trade and Commerce Building, built in 1890 and now listed on the National Register of Historic Places, Red Mug is the lone coffeehouse in Superior. It’s in the garden level, giving it a lot of charm–were the WiFi (which UW-Superior’s library didn’t have a guest channel for) and great iced latte not enough. 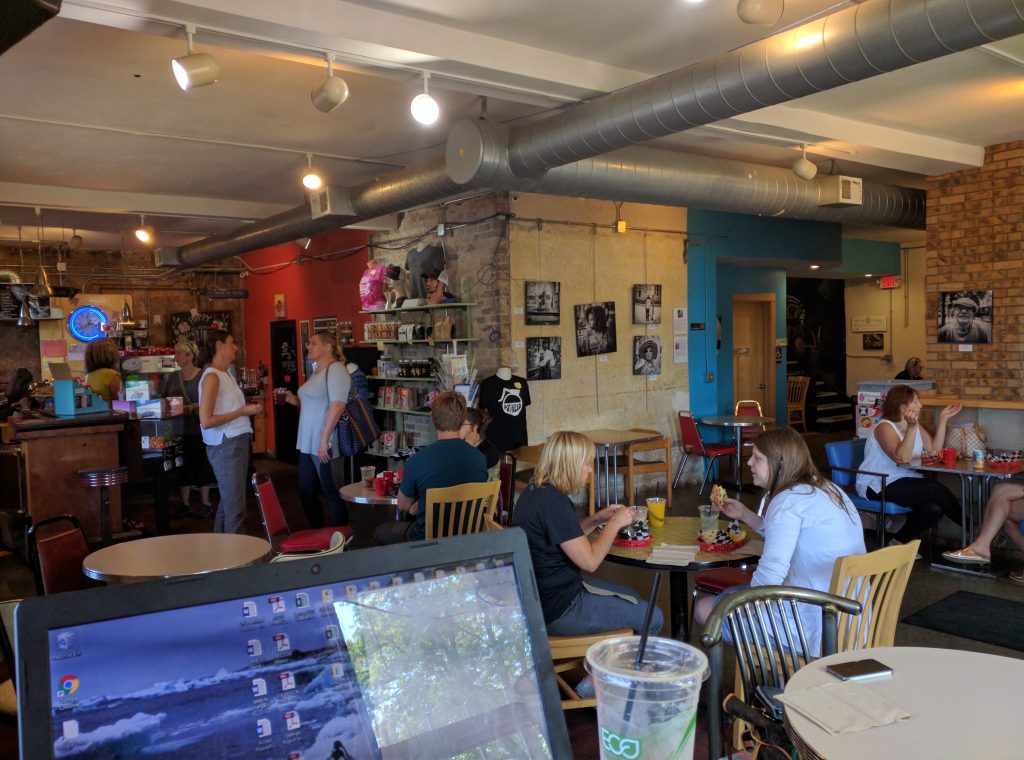 Less exploration here, since Laura and I visited three years when I was doing research on the Work People’s College in the University of Minnesota-Duluth archives.

Thirsty Pagan is a mainstay in downtown Superior, brewing its own beer and serving up tasty pizza for over a decade. I picked up a growler of the India Pagan Ale as a cabin treat, but stayed to sample the Reuben Rolls (yum) and a Yukon Mixed Fermentation Sour.

Lots of bite, and given that they had about 3 other variations of this sour on the menu, I wish I could’ve stayed and done a flight (or two), just like we did three years ago!

As you’ll read hopefully in the next day or two, I left Superior and headed straight to Tower, MN, where I would stay for a week in a rustic cabin on the shore of Lake Vermilion while doing research into the Rudy Perpich papers at the Iron Range Research Center. This kicks off a long month and a half of research in which I’ll go to Chisholm (4 days), Grand Forks (4 days), Bismarck (3-5 days), Fargo (0-2 days), Chisholm (4 days), and then Atlanta (3 weeks); with trips in between to Siren, WI (a wedding), Winnipeg and the Northwest Angle (2-3 days), the Minnesota State Fair (a Saturday…pray for me), and LaCrosse (4 days) for some weekend fun when the archives are closed. Stay tuned!