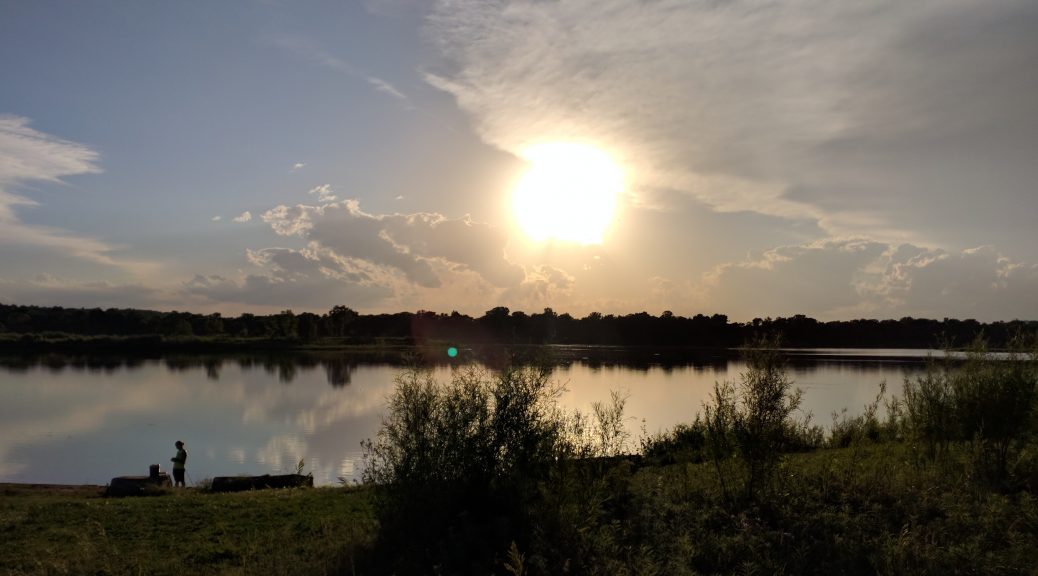 Following a week in Saint Paul and a scattered week between Ames, Iowa; Bloomington, Indiana; and Black River Falls, Wisconsin (the first two business, the latter pleasure); I packed my things for a few days in Iowa City, a brief interim trip to Grand Rapids (more on that coming), and another full week at the University of Iowa.

As such, I think this will post roughly in order of my bloggable trips, but if not, I did my best. I headed to Iowa as part of my summer research project funded by the Wisconsin Chapter of the National Society of the Colonial Dames of America, in which I explore the emergence of female political candidates in the wake of the fight over the Equal Rights Amendment. The University of Iowa hosts the wonderful Iowa Women’s Archives, where Janet and the student staffers were incredibly accommodating of my forays into the 1982 gubernatorial candidacy of Des Moines lawyer and US Attorney for the Southern District of Iowa, Roxanne Conlin.

Conlin won the Democratic primary to face off against Lieutenant Governor Terry Branstad in the race to succeed popular outgoing governor Robert Ray, who led the state from 1968 to 1982. Long active in women’s rights initiatives, including the ERA, Iowa Women’s Political Caucus, and National Women’s Political Caucus, Conlin’s candidacy for governor was one of (even by modern standards) the most progressive candidacies in the entire 14-year sweep of my dissertation.

Taxes. It was taxes: Conlin’s admission in July 1982 that she and her husband paid nothing in state income tax during 1981–because of issues with their business and their exploitation of the state tax code–did more than anything else stated in the election to damage her chances of victory. She had polled competitively through the early months of the campaign, but the tax issue dug her a deep hole that she struggled to get out of until mid-October.

Her answer, later, was to propose a $300 million bonding plan for the state’s flagging infrastructure and farm economy. While Branstad and the Iowa GOP initially jumped to claims of its unconstitutionality, the issue allowed Conlin to climb back into the race. Her loss, 52.8-46.6%, was not entirely because of the taxation issue, but it dug her a deep hole and stunted moderate and independent support for her candidacy. It was the single-largest issue brought up in a set of August 1985 surveys in which Conlin’s campaign floated her name as a potential 1986 candidate for Attorney General or, once again, governor.[1]

The electability of female Democrats: From my time looking into Conlin, 1984 Minnesota candidate for U.S. Senate Joan Growe (stay tuned, again), and 1986 Wisconsin lieutenant governor candidate Sharon Metz, there is a(n unfortunately-)higher barrier to entry into politics for women–especially (sub)urban women–in the Democratic Party and perhaps the Republican Party as well (my work just deals more with liberalism, in this case). While Growe and Metz both grew up on farms and made that a central focus of their campaigns–that they understood and could legislate farm issues as the Farm Crisis reached its full throe–their “summers detassling corn” or “childhood on a farm” seemingly did not convince voters, particularly farm males, that they could effectively deal with agricultural policy.

This issue was even more pronounced with Conlin, who, as an urban lawyer, was attacked for being as far as possible from the farming issues relevant to a large percentage of Iowans, particularly in the state’s western half. While Conlin reached out to and won the support of unions in the eastern river towns, her gender may have played an issue with union men there as well. Regardless, for all her positive advocacy for women’s rights in Iowa and the United States–including a cringe-worthy 1978 debate with Phyllis Schlafly–Conlin was the first in a line of prominent Midwestern, female Democrats to fall in statewide elections. There’s more to study here.

Branstad (and Thompson and Janklow, oh my!): Remember when we talked about the populism of Bill Janklow in South Dakota? Well, imagine that but with a more consistently-conservative bent, and you’ve got Terry Branstad, the U.S. Ambassador to China. Branstad’s run to the middle after securing the Republican nomination (and a glowing endorsement from Ray) survived claims of loyalty to NCPAC money (again, see the Pierre entry under “Abdnor”) when he rejected outside money in the 1982 campaign. Branstad–still a young buck with a dark mustache–ran as a candidate of Iowan sensibilities, rejecting the progressive boat-rocking so many Iowans feared of Conlin.

I bring up Janklow and Wisconsin governor Tommy Thompson because, were it not for the term limits of South Dakota (again, more on that later), these three men would likely have very similar career trajectories. Both served more than two terms and effectively became their states’ politics, cementing control over state bureaucracy and crippling the local Democratic parties in each state with their ability to wield party power. There’s a comparison out there to be drawn.

Go to Iowa, learn about South Dakota: As part of Jon Lauck’s seemingly never-ending journey to make a South Dakota historian out of me, even in the papers of a self-described “liberal feminist” I came across new material for my ongoing chapter on South Dakota liberalism, 1980-1986. This week was material on Mike O’Connor (who I later met–stay tuned!), the 1982 Democratic candidate for governor in South Dakota. During the 1982 election cycle O’Connor proposed an OPEC-style cartel of grain-producing states around the Upper Midwest and Great Plains to control grain prices and boost the flagging family farm economy.

He lost to Bill Janklow. Badly. Despite his claims that “we have a governor who has vetoed major farm legislation and has done nothing in four years to address the problems of the state’s number one industry,” the Sioux Falls state legislator could not convince even 30% of voters to break with Janklow and vote Democrat.[2] But the trip reveals, yet again, a regional conversation among agriculturally-oriented Democrats that persisted through failed candidacies in the early 1980s. Once again, we can see the groundwork which built and the threads which connected Midwestern Democrats, both urban and rural.

I’d be remiss, though, if I didn’t mention this: You know how reporters ask stupid questions which lead Baylor players to explain things like getting rebounds? Well, it happens in politics, and Roxanne Conlin’s campaign apparently had enough at one point:

This was definitely worth a big chuckle in the archive.

Less exciting. I stayed with one of my little brother Ryan’s high school friends, as one of his roommates graciously gave me his room while I was out of town. Located about a mile from the archive, it made for a nice bike ride to the archive up and down the rolling hills of downtown.

I was not nearly as adventurous in Iowa City as I’d been in Pierre. The road had gotten to me on both Monday nights, and travel concerns meant I did a lot of early-to-bed evenings along the way.

Biking the River: I was able to take a 10-mile ride from the guys’ place on Dodge Street down Sycamore Street, across to Terry Trueblood Recreation Area, and back up the Iowa River Trail to downtown, where I cut back up Burlington Street to the apartment. While I was bad this entire trip at taking pictures, I did take the cover photo over Sand Lake. I missed taking a really good sunset picture, though of The Cattleyard, a youth baseball field that is nested in against a cow pasture and calls to mind small-town baseball fields around the Upper Midwest.

Tuesday Trivia: I was biking back from a 7pm evening in the archives (on Tuesdays Iowa’s regular archive remains open until 7pm instead of 5pm) and saw Quinton’s, right in downtown Iowa City, which had a free trivia night. I stopped in for a beer (I’d spent 10.5 hours in the archive, sue me) and lucked into categories including “Baseball Movies” and “Friends trivia” (that’s just not fair). A too-bold wager coupled with the second-place squad’s conservative wagering meant that when we both missed the final question, I finished in second place. To be fair, though, a $20 bar tab was more than enough to cover my evening, and I didn’t need the encouragement to make the night any longer.

A Classy Wednesday: Agricultural History Society friend and Iowa lecturer Wayne Anderson had invited me to meet up with him for dinner when I was free. We met on Wednesday night at Clinton Street Social Club, just across the street from the Old Capitol, where whiskey was 30% off on Wednesday nights. Over Elmer T. Lee and a delicious cod dinner we chatted about research trips, sightseeing in Iowa City, and visions for the Midwestern History Association and AHS. It was a wonderful time catching up, exploring the future of our research into the Farm Crisis, and planning future panels and research projects. Thanks, Wayne!

Like I intimated above, I did not do a great deal of beer-tasting or beer snobbery over these seven days in Iowa City. A number of friends have recommended and invited me various places, including Backpocket Brewing and nearby Kalona Brewing, though I had to decline this time. That’s why this is Part 1 of Iowa City, though!

The one beer that I tried early and came back to again later in the trip was Exile Brewing (Des Moines) Beatnik Sour. A Berliner Weisse, it packs a wicked, kettle sour-esque bite to it that I love in sour beer. I look forward to visiting Exile when I visit the Tom Harkin papers at Drake University this fall. The only other beer of note was Lion Bridge Brewing Company’s Centaurus IPA, which didn’t do a ton for me, but that’s in part because I think I’ve burnt myself out on IPAs for now.

The bit of bad news I’ll relay, per a few IC-area friends:

Closing the Brewlab for good Thu @ midnight. $3 pints & $7 growler fills until then.

It’s a bummer to see a local brewery go out of business, though word on the street was that this wasn’t entirely unexpected. I’ll replace visiting IC Brewlabs with the Big Grove Brewing Company taproom just south of campus the next time I’m in town, though.

In the grand scheme of my research trips, since I’m blogging a little behind here, my next blogged trip should be recaps of my trips to and presentations at the Working Class Studies Association Conference, Midwestern History Association Conference, and Agricultural History Society annual meeting. I think. Or maybe talking about Duluth. Or Sioux Falls. Stay tuned!