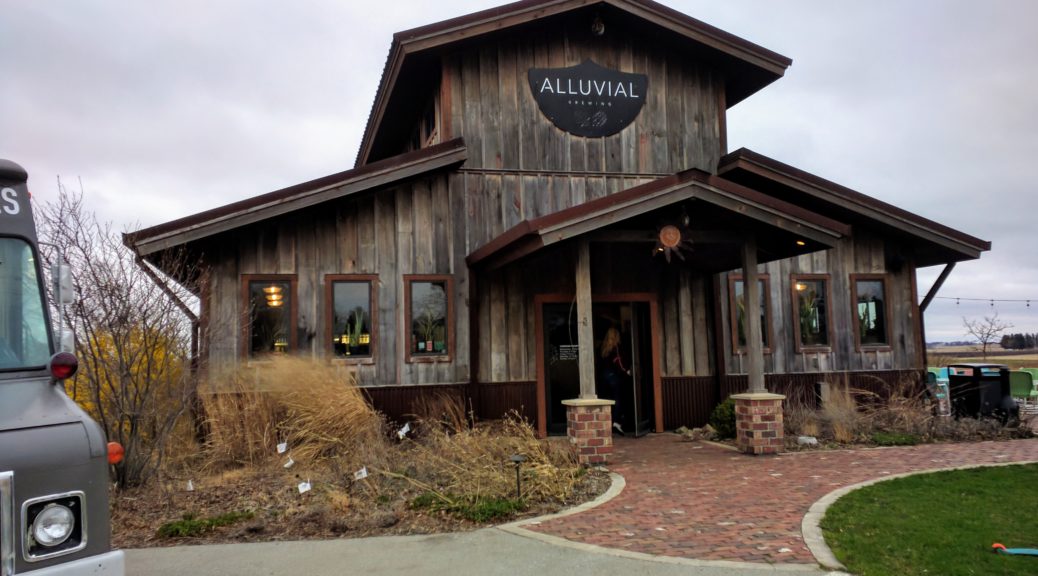 Far from being an isolated or parochial political movement, the progressive populists of the 1980s Farm Crisis had a wide-ranging vision to reform American agriculture and foreign policy. And to find out how? Go to Ames!

This blog post is more summing up the findings of about five different trips to Ames over the last year and a half or so, meaning there’s not a real narrative consistency to what I was looking for, when, and why. Beyond that, some of the collections I used at Iowa State (and I bet you’ll be able to tell which) were for a chapter on Iowa conservatism that you’ll (hopefully) be able to pick up in the summer of 2020. Stay tuned for that!

Overall, though, my research in Ames generally stuck to the strength of Iowa State and, more broadly, politics in Iowa: agricultural activism. With its tradition of farm radicalism from the Populist Party through the Farm Holiday movement of the 1930s, it was little surprise that Iowa would serve as a hub for agrarian organizing during the 1980s Farm Crisis.[1] Anyways!

International visions. Whether leaders of farm women’s movements asking U.S. Senators at field hearings “What good are all the military defenses without food to nourish the men who man them?” or the Bishop of the Diocese of Des Moines arguing that the solution to the Farm Crisis “lies not in more foreign exports, although we support a strong presence of American farmers in a vigorous and just system of international trade,” left-leaning farm populists of the 1980s articulated a clear vision for America in the world.[2] This vision included a sense of solidarity with farmers in Central America, particularly Nicaragua, where NAFA earned praise for its “impressive” organized exchange trips with between indigenous and American farmers.[3] Far from being a parochial, provincial, or local movement, agrarian radicals both demonstrated a solidarity with international workers and fought to call attention to international injustices and domestic crises as part of a coherent progressive vision.

Resentment of “Coastal Elites” wasn’t just a conservative thing. Members of the farm movement sure resented their minor status in national campaigns. Take, for example, Greenfield farmer Dixon Terry and Guttenberg, IA, Mayor Karen Merrick, who attended the 1984 Democratic National Convention in San Francisco and, unhappy with the one-line support of the family farmer in the Democratic platform, formed the National Democratic Rural Caucus to educate the party on how to do with the Farm Crisis.[4] This came at the end of a campaign in which liberal Minnesota activist Jim Youngdale commended Hansen for “educating Jesse [Jackson] on the parity question” and bemoaned that “I tried hard with Cranston and failed, of course. The bunch of liberals who surround someone like Cranston can be very good on arms control, etc., but they are so ignorant of farm issues that it’s an embarrassment to carry on a conversation with them,” or that “they were all Californians and none of them knew beans about midwestern agriculture.” Meanwhile, one writer in The New Republic declared that “given the conditions of life on the family farm, if ITT or Chevron or Tenneco really does try to force some family farmers off the land, they might well be doing them a favor.”[5]

“Coastal Elites” also weren’t just on the coast. I’ve written elsewhere here about the Left’s rejection of Walter Mondale in the 1980s, particularly the 1984 presidential election, but it was really made plain by one NAFA organizer, writing to NAFA President Merle Hansen in 1984: After the strength of the grassroots campaigning by Jesse Jackson and the Rainbow Coalition made Mondale uncomfortable (without ever actually imperiling his nomination prospects), progressives hoped to play a substantial role in the Democratic National Convention. In San Francisco, though, NAFA members complained that that they were “unable to get involved in any kind of public dialogue concerning the farm crisis…Mondale simply turned his back on most of [Texas Agriculture Commissioner and prominent populist Jim] Hightower’s platform recommendations making the present farm plank innocuous at best.” They also complained that the Madison, Wisconsin-based The Progressive ignored Midwestern populism in its June 1984 issue, focusing almost exclusively on Texas.[6]

Why is this so important? Figures like Youngdale, Terry, Hansen, and others demonstrate that Midwestern liberalism was not inherently “conservative” or “centrist”, but rather progressive and radical at the grassroots. They were local in their organizing, but regional in their immediate networks, national in their lobbying, and international in their solidarity.

Wait. Lobbying? This was a footnote, then it got too long. Getting into the issue of lobbying Congress is a long and winding one that I am working to incorporate across all the chapters of my dissertation. Eventual members of NAFA, like Mark Ritichie (yes, the eventual Secretary of State in Minnesota–more on that…someday?) accused Congress of trying to “insure the removal of a large percentage of our rural population to urban areas – referring to farmers quite often as ‘excess resources’ needing to be ‘utilized more fully’ in non-farm occupations.” Groups like PrairieFire played a major role in this effort, forcing Republican Gov. Terry Branstad in Iowa to set up a hotline for helping farmers ad prompting a $500 donation from Ted Kennedy for their support of the Tom Harkin-backed Farm Policy Reform Act in 1985.[7]

Money, of course, played a role that I’ll deal with at greater length. By 1989 Hansen admitted that while NAFA was “the progressive voice of farmers,” the National Save the Family Farm Coalition had become the primary progressive lobbying arm in Washington–in part because of NAFA’s financial difficulties.[8] The struggles I detail at greater length somewhere around Chapters 6 and 8 in my dissertation were nothing new; populist and radical movements fizzled in the 1870s, 1890s, 1930s, and beyond for lack of congressional support, beset by deep-pocketed lobbyists for organizations like Cargill (a popular NAFA whipping boy in the 1980s).

I stayed at 3 or 4 different Airbnbs over my various trips. None were outstanding, none were terrible, all were reasonably-priced. Ames is a relatively-affordable town if you’re cool with Airbnb. [These were a lot more fun when I was camping along major domestic waterways, weren’t they?]

I suspect part of the reason things were so affordable were because there were no Iowa State football or basketball games when I visited. I did have the opportunity to walk past the fancy new north end zone at Jack Trice Stadium, but did not go into Hilton Coliseum–the site of the 1985 Farm Crisis Action Rally and also, I guess, Steve Prohm’s Cyclones.

Also, a shout-out to Ames’ CyRide public transit service, which was prompt, easily trackable, and at $1 a ride, ridiculously cheap and convenient.

The subsequent times I came to town, I was budgeting pretty heavily and opted more to enjoy the finest Hy-Vee had to offer. Fewer food recommendations, as a result.

Time has no meaning anymore, so while I’m posting this in June (I hope), I’ve done the Midwestern History Association conference in Grand Rapids, graded AP US History exams in Louisville, edited most of a book manuscript (not my own), and am nearing the finish line on my dissertation (that’s my own, I think).

Past Trips: Where I’ve Been

[4] U.S. Senate candidate Tom Harkin also spoke at the 1984 DNC, to “a virtually deserted hall Thursday afternoon when he echoed a theme of his Senate campaign…to ‘pay heed to what is happening in American agriculture.'” David Yepsen, “Iowans promote plan to improve agriculture,” Des Moines Register, July 20, 1984, 12A.