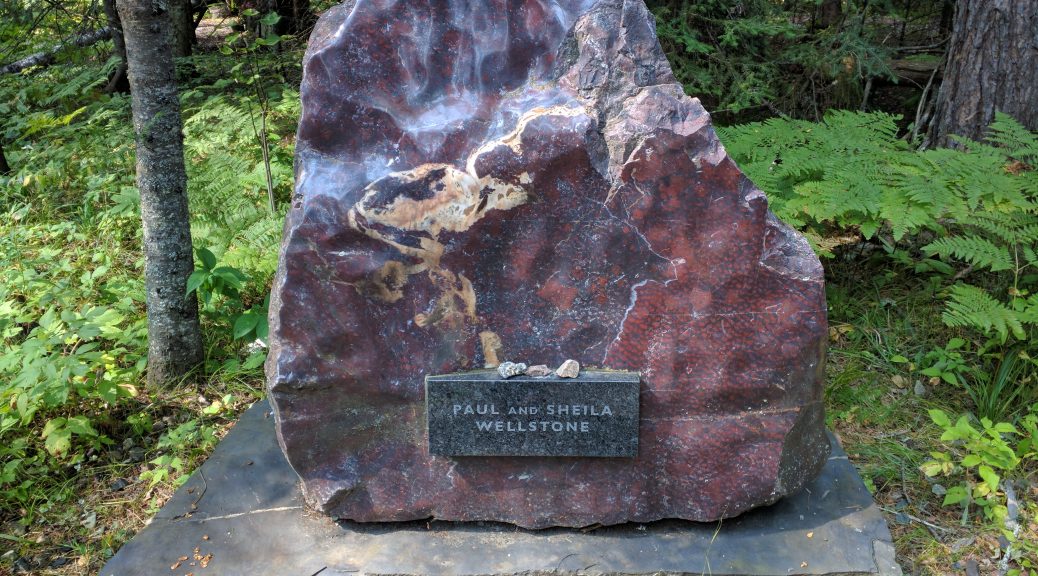 What was, in February, an issue among Minnesota DFLers and progressives has suddenly become emblematic of the debate happening nationwide; this time, it centers on the legacy of Paul Wellstone and the Wellstone Action Foundation.

MinnPost, MPR, and national outlets made news in mid-February with reports that Wellstone’s two sons, Mark and David, had been voted off the governing board of the progressive action organization which, according to its past mission statements, worked at “advancing progressive social change and economic justice.” As a Politico report released yesterday reveals, though, then-WAF board member Rick Kahn had raised concerns when the tax filing for the WAF for 2017 showed that mission changed to “advancing progressive social change and economic, racial, and gender justice.”

The Wellstone brothers, according to that Politico report, are now calling for the Wellstone Action Foundation, which MPR estimates has trained over 90,000 candidates and campaign managers for everything from school board to Senate elections, to drop “Wellstone” from its name. Major donors, including the Soros Foundation, have also apparently expressed concerns about funding the organization moving forward.

My intent in commenting on this is not to wade into the waters of adding “racial and gender” to the kinds of justice the new, Wellstone-less board of the WAF wishes to pursue; rather, I’d like to explore (briefly, because I can’t give away the whole farm before I write my dissertation) the coalition Wellstone envisioned and built. That coalition embraced a “big-tent” approach to economic populism which embraced educating DFLers and Minnesotans on a broad range of issues; bridged trans-religious, -racial, and -regional divides; and culminated in a populist sweep to the U.S. Senate in 1990.

After his losing campaign for State Auditor against Independent-Republican and eventual governor Arne Carlson in 1982, Wellstone turned his focus to deepening activist organizing and education within the DFL. This was, for reasons I detail at greater length in my MA essay and will write a lot about in my dissertation, a significant shift; the DFL’s 1982 convention had featured strong tensions between left-wing activists like the DFL Feminist Caucus, the State Central Committee, and the party’s rank-and-file members. Wellstone, in a letter to prominent DFLers, called for “A DFL Issue Oriented Education Foundation,” which he wanted to “address itself to a whole range of vitally important (and sometimes very complicated) questioned ranging from the nuclear arms race, toxic waste dumps, education, farm, labor, iron range, and urban economic problems.”[1] This group, which would of course be based around the wholesome “dinner (pot-luck) and debate series,” was to include “a farm/labor, urban/rural speakers exchange of party activists,” which would create an issue-oriented program to “help facilitate more grassroots involvement in developing our state DFL platform.”[2] 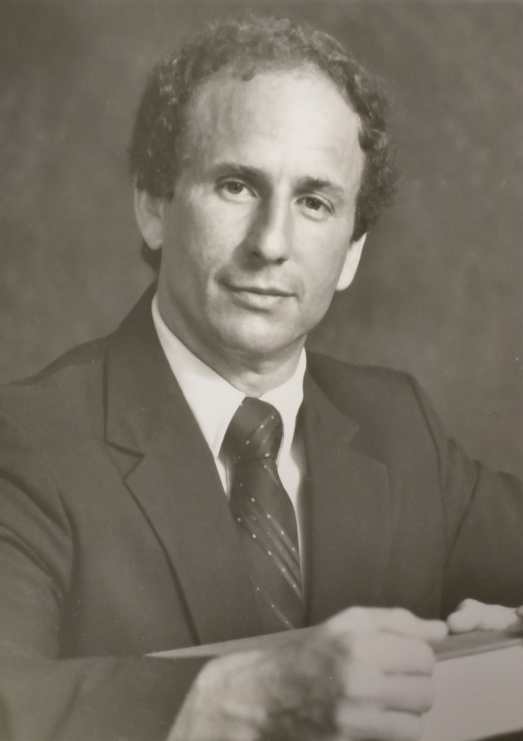 Throughout the 1980s, Wellstone worked to ensure that any crisis in Minnesota politics, whether economic, social, or political, brought with it an opportunity for interreligious, rural/urban, and interracial organizing. After the 1984 elections, during which DFL candidate for Senate Joan Growe was buried by Rudy Boschwitz and Minnesota gave its electoral votes to Walter Mondale by the slimmest of margins, Wellstone blasted the party for “trying to appeal to the same affluent, white, male constituency as the Republicans”  and making “no real effort to mobilize the electorate from below and no appeal to families with incomes below $30,000…”[3]

For Wellstone, whether the DFL would join him or not, this translated to action. During the Hormel P-9 strike in Austin, Wellstone walked the picket lines with the striking workers. That August, he and two prominent Twin Cities activists and professors, Peter Rachleff of Macalester and Tom O’Connell of Metro State, sent a letter to communities of faith in the Twin Cities asking if they could raise food and money for the strikers, along with if they would “be willing to take workers into your home while they canvass the twin cities [sic] community.”[4] Wellstone wrote that fall of how he, as a Jew, used this organizing (with groups like Groundswell) in rural areas to combat right-wing extremist and build relationships with Minnesotans on farms and in factories: “In the same breath, the people who feed the nation can be romanticized and viewed as ‘backward,’ unable to make it in the real world of today’s agribusiness. Usually, though, they are out of sight and out of mind.”[5]

This was, of course, put into wide-scale political action in Wellstone’s victorious campaign for Senate in 1990. You can read a pretty good write-up of Wellstone’s quirky campaign here, including the repeated analysis that Wellstone ran as–gasp–a populist. You can see the tensions within the party, though, as former Saint Paul mayor George Latimer quipped that “We’ll have years ridding Paul of his populist notions.”[6] Those “populist notions,” though, were exactly how Wellstone campaigned and how he intended to govern.

He had pushed the DFL to use the lists of Jesse Jackson delegates from the Rainbow Coalition in the 1988 campaign, citing a claim that “No Rainbower was thanked for efforts made in behalf of DFL candidates throughout the campaign.”[7] Wellstone had co-chaired the Jackson campaign in Minnesota, making his indignation even more understandable. But his point, partisanship aside, stood: the DFL needed to be more inclusive of all voices, committed to activism and organizing around economic and social populism.

That Wellstone, long ahead of his 1990 run, had spent the better part of two decades involved in Minnesota activism and organizing is unsurprising to most readers of this blog. But given the debates surrounding the future of the Wellstone Action Foundation, it’s worth considering the “big-tent” language Wellstone consistently used, both internally to the DFL and externally to both activists and Minnesotans more broadly. He built a cross-racial, rural-urban, farm-labor, blue collar-white collar alliance which stunned Rudy Boschwitz in the 1990 U.S. Senate election. Even after his untimely death, Wellstone remains, as Politico notes, the “touchstone for the progressive cause.”

Just last October, on the anniversary of Wellstone’s passing, the Humphrey Institute at the University of Minnesota hosted an event headlined by Elizabeth Warren, Keith Ellison, and Walter Mondale titled “The Democratic Party at a Crossroads: The Wellstone Way and Economic Populism.” At that event, Duluth DFLer Jennifer Schultz argued that “whether another Wellstone comes around or not, Democrats need to go back to his strategy to win,” and 8th District (that’s the Iron Range congressional district, where Wellstone became “tuteshi,” or “one of us,” as Range historian Pam Brunfeldt has noted) DFL Chair Justin Perpich (there’s a name!) implored those present that “the way to regain his energy and make sure we are moving forward is to focus on the economic populism.”

With the DFL facing a critical election this fall in which two Senate seats and the governorship are up for grabs, groups like the Wellstone Action Foundation are central for liberals and progressives seeking to win elections. A split in the DFL between progressive and moderate factions is something that the party can ill-afford. DFLers, no doubt, remember what happened the last time that was the case.

Edit: I neglected to publish the WAF’s February blog post describing its “Next Chapter,” which includes a statement that “An important next step in this process is that we’ve made the decision to undergo a full organizational rebrand. This process won’t happen overnight — we’ll spend deliberate and intentional time over the next year thinking about our story, our community, and our place in the movement as we write this new chapter together. This means we’ll have a new name, a new look, and most importantly: we’ll have an updated identity that reflects the fullness and depth of the thousands of hearts and minds that have influenced this work over the last decade.” Read the full statement here.

One thought on “Changes to the Wellstone Action Foundation: Paul Wellstone’s Legacy and the Minnesota DFL”