I’m an Instructor of History at Central Lakes College. I have a PhD and MA in American History from Marquette University 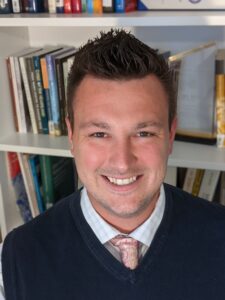 My manuscript under revision, “How Democrats Won the Heartland: Progressive Populism in the Age of Reagan, 1978-1992” examines the reactions of liberal activists and the Democratic Party to the Reagan Revolution, specifically in the Upper Midwest. Combining the records of grassroots activist groups with state- and national-level Democratic parties and figures from across the Midwest and U.S., I focused on the reorganization of Midwestern Democratic parties around the principles of what Iowa Sen. Tom Harkin and others called “progressive populism,” driven at the local level by activists who intentionally used the language of historical radicals like the Minnesota Farmer-Labor Party, North Dakota Nonpartisan League, and Wisconsin Progressive Party to revive farm-labor, rural-urban working-class solidarity.

I am the author of the chapters “Replanting the Grassroots: The South Dakota Democratic Party from McGovern to Daschle, 1980-1986” in The Plains Political Tradition, vol. 3 (South Dakota State Historical Society Press, 2018), “‘There exists a conservative veneer’: Terry Branstad, Chuck Grassley, and the Conservative Takeover of the Iowa Republican Party” in The Conservative Heartland: A Political History of the Postwar American Midwest (University Press of Kansas, 2020); and an encyclopedia entry for MNopedia.org on the DFL Feminist Caucus. Currently I have articles in progress on the fight for progressive farm policy from the Harkin-Gephardt Farm Policy Reform Act through Freedom to Farm and a series of anti-NAFTA border blockades in the 1980s and 1990s.

Recently I have presented on topics like Jesse Jackson’s 1988 presidential campaign as an avatar of Midwestern progressive populist organizing, the role of the Midwest in the 2016 elections, the 1985 Iowa Hawkeyes football team’s “America Needs Farmers” campaign, the Midwestern origins of the Congressional Populist Caucus, and more. I also serve as the Social Media Director of the Midwestern History Association.

My research has earned me several grants and fellowships. During the 2019-2020 academic year (extended into 2021), I was a New England Regional Fellowship Consortium recipient, spending eight weeks at various archives in the greater Boston area. I have also received the Arthur J. Schmitt Leadership Fellows Program at Marquette University, a Congressional Research Grant sponsored by the Dirksen Congressional Center, a State Historical Society of Iowa grant, the Minnesota Historical Society Legacy Research Fellowship, a Senator Paul Simon Papers Research Stipend, multiple travel grants to the Agricultural History Society Annual Meeting, and a Young Scholars and Activists Fellowship from the Working Class History Association.

My digital projects to date include the Milwaukee Near West Side History Project as part of an internship with the Marquette Digital Scholarship Lab and a mapping project for the Milwaukee County Historical Society on historic breweries in Milwaukee. Currently I am working on a project to map a 500-mile campaign trip taken on bike by Minnesota Second Congressional District candidate David Minge, exploring the effects the trip had on local voting patterns.

In the 2021-22 academic year I served as Visiting Assistant Professor of History in the Honors College at the University of Houston, teaching courses on modern U.S. history and “Populism and Protest in U.S. History and Politics”. During the 2020-21 school year I taught a mixture of in-person, hybrid, and online classes at St. Cloud State, Tarleton State University (Fall 2020) and Connecticut College (Spring 2021), including “U.S. Politics and Culture since 1945” and “Reagan and American Conservatism”. I have served as an Adjunct Lecturer at St. Cloud State since Fall 2019, spent the 2018-19 academic year as an Arthur J. Schmitt Foundation Leadership Fellow, and during the 2017-18 academic year was a Teaching Fellow in the Marquette University Department of History, teaching two sections of Intro to American History. I have also taught at Carroll University in Waukesha, WI.

In my free time, I enjoy spending time with my wife Laura and our cat Moe, traveling, trying new craft beer, and reveling in the misery of supporting Minnesota professional and Northwestern collegiate sports. 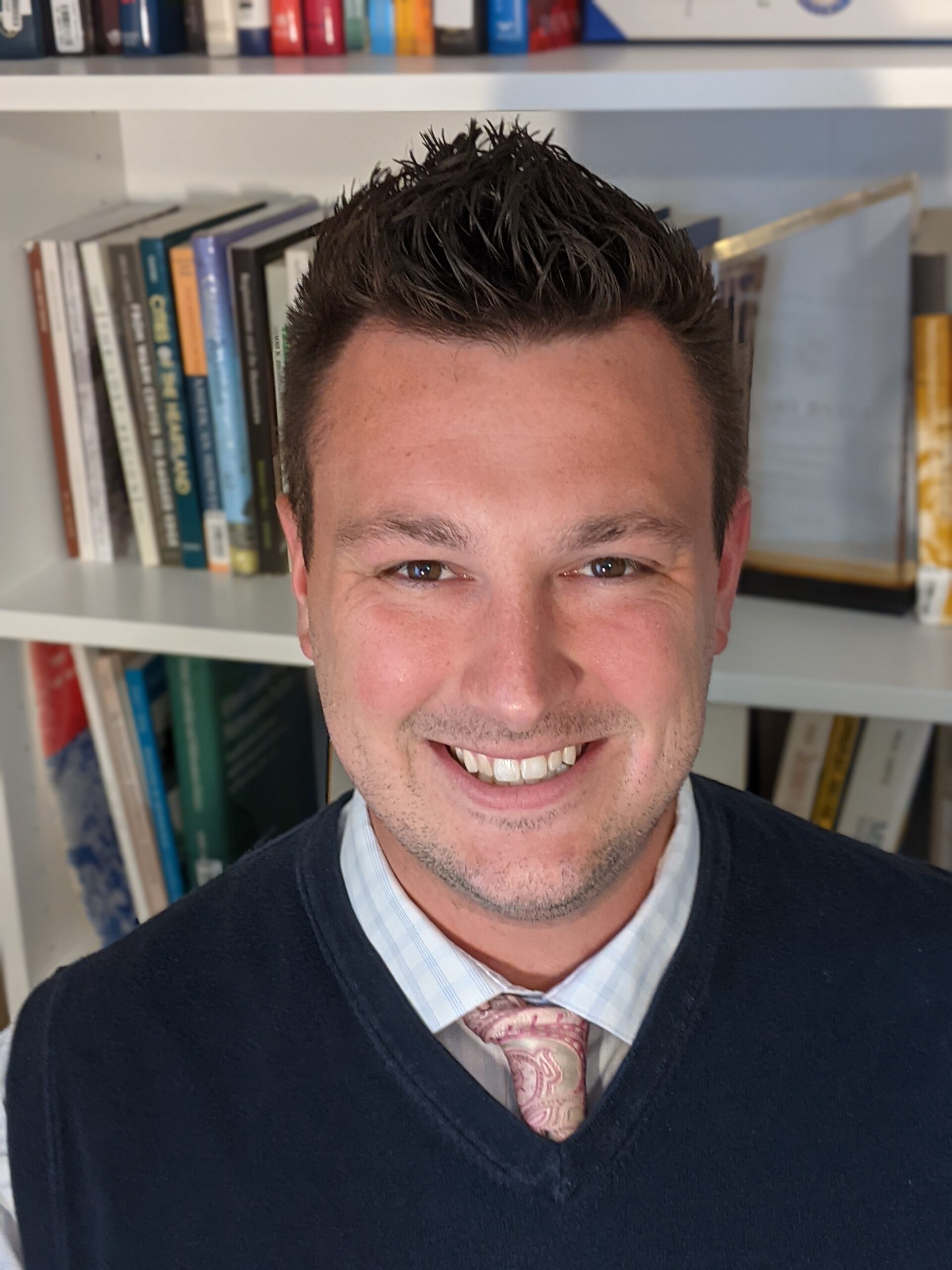 College history professor and historian of the Midwest, the Democratic Party, and social movements in America.